When the video of George Floyd’s murder began circulating, I knew it would be something that could not be unseen; therefore, I chose not to watch it. Many around me, however, did and shared gruesome details. Seeing the protests unfold, I was marked by stories of continued injustice from black and brown pastors, teachers, authors, artists, and community leaders. Their cries have fallen on deaf ears for decades.

And to be honest, I had been part of the problem by shrugging my shoulders at the noise. This realization brought me to my knees – in fact, our pastor lead the entire congregation to do just that in this beautiful sermon (click on the link to watch via Facebook).

So this summer I made it a point to start listening. And with it has come the awareness of SO.MUCH.PAIN. As I began hearing and seeing the names of men and women who have died as a result of racism, I decided to make them part of my 2020 album project. 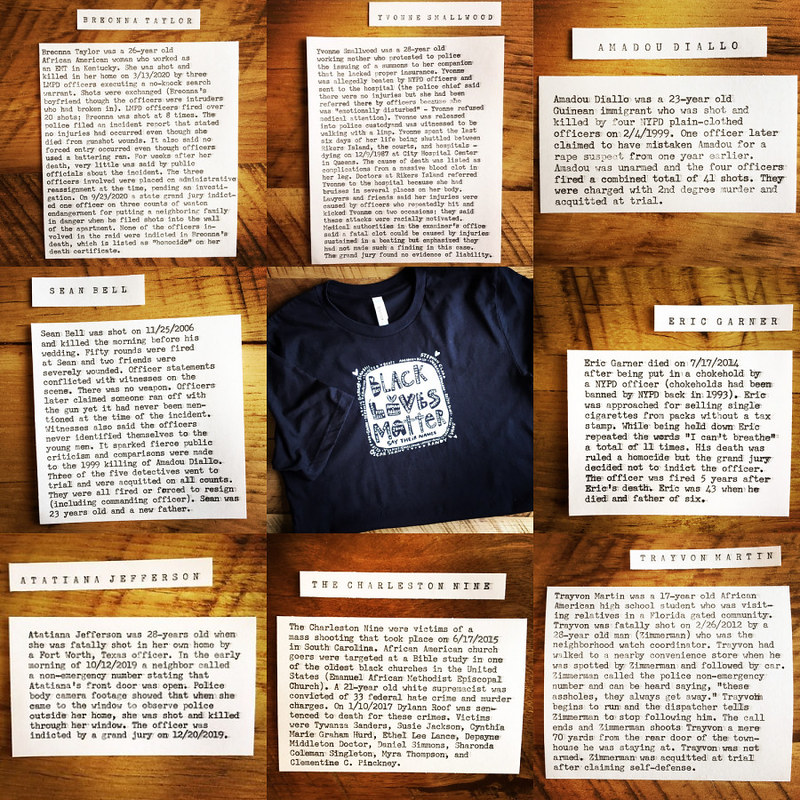 There are more than thirty names featured in my album, men and women who were killed because of skin color. While deeply saddening and sickening to me, I can only imagine what this is like for my black and brown brothers and sisters. The word lament has come up repeatedly (in books, online, and in my personal bible study time). Here’s how it’s defined from a biblical perspective:

Whoever is lamenting is expressing great sorrow or regret and even grief about something or someone as in the loss of a life. This lamenting could be verbally expressed in wailing, weeping, and crying. To lament means that something horrific has likely happened in their life and it moves the person deep within their soul and it is outwardly expressed in such a way that it is demonstrative and can’t be overseen by others.

It certainly sheds light on the public outcry and open grieving taking place during nonviolent protests. Wounding upon wounding, it has to feel a bit like torture.