there is a time to be silent, a time to meditate in silence & a time to speak 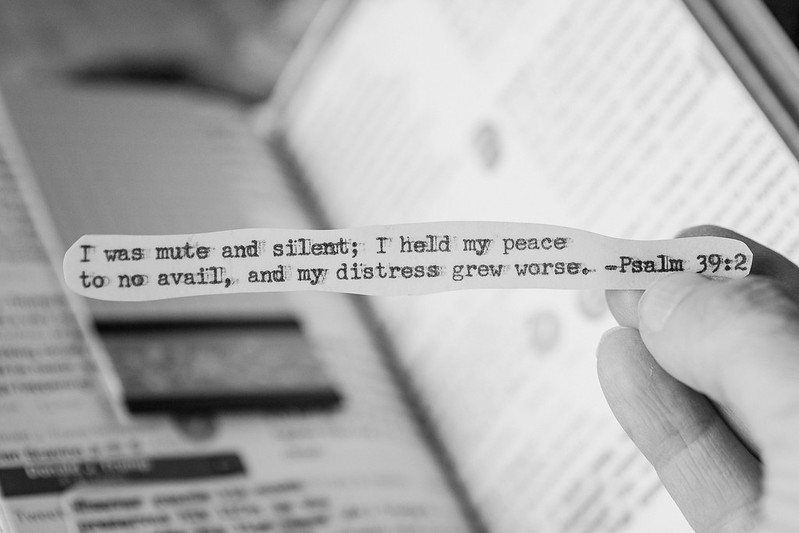 The verse above captured my heart several months ago. Here are a few translations of the same passage:

I was mute and silent; I held my peace to no avail, and my distress grew worse. Psalm 39:2 (ESV)

I was mute and silent, I refrained from even good, and my sorry grew worse. Psalm 39:2 (NASB)

I was dumb with silence, I held my peace even from good; and my sorry was stirred. Psalm 39:2 (KJV)

Was David right in keeping his silence even from good? In Matthew Henry’s commentary, he says the following:

His silence was commendable; and the greater the provocation was the more praiseworthy was his silence. Watchfulness and resolution, in the strength of God’s grace, will do more towards the bridling of the tongue than we can imagine, though it be an unruly evil. But what shall we say of his keeping silence even from good? Was it his wisdom that he refrained from good discourse when the wicked were before him, because he would not cast pearls before swine? I rather think it was his weakness; because he might not say any thing, he would say nothing, but ran into an extreme, which was a reproach to the law, for that prescribes a mean between extremes.

There is a time to be silent, a time to meditate in silence, and a time to speak… and sometimes the best course of action requires all three.